I See Through Myself

You can join a discussion on this topic at LinkedIn.

Why does something as seemingly benign as a form of art have an effect on man much in the same way religious beliefs do? Why does it raise in people such intense enmity against one another?

Not very long ago I attended the funeral of a grand lady and very good friend, Suzanne, who also happened to be Catholic; she was quite devote in fact. So, of course, these were Catholic proceedings (at least as far as I knew) held in a Catholic church (this I’m sure of). After the service, as I was leaving the sanctuary, a young man (who happened to resemble a very young Al Pacino in Dog Day 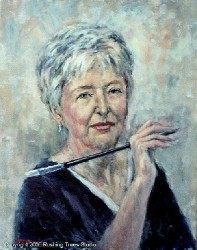 Afternoon) dipped his finger(s) into a large bowl of water that stood waist high near the exit doors (I later found out that this is called a “stoup“) and touched his forehead with them (I think I remember this right). I assume this was what is referred to as “holy water” and that he was performing a perfectly customary Catholic right of some kind.

The point of this recollection is to say that, when I saw this (otherwise uneventful) event take place, I felt as though I was in a foreign land. I’ve never been to a foreign land but I believe that it would feel exactly as I felt in that moment–the actions of this young fellow being so foreign to my sensibilities. In that same instance, as I was feeling dislocated, I also began to make judgments. I said to myself, “this seems quite flamboyant and unnecessary”. I could easily blame my attitude on my protestant upbringing or on a tendency to be a bit on the cynical side, which makes it easy for me to second-guess reasons.

I had a significant feeling of being disconnected to the afore mentioned fellow, his actions and their meaning and significance. How strongly belief’s can come between people, and it seems a natural human condition. There are many things apart from religion, that one believes, that digs a chasm twinxt we humans, , and I am increasingly aware of the disparities in our views and how they foster disdain for our neighbor.

And so it is in the art world. There is always the thinking from various groups that their way of doing art is the superior route to Art (with a capital “A”). From what I see today, and have read of the past, I think I can confidently assume it has always been this way. A new form of art emerges on the scene and the guardians of currently held traditions raise their ire against it. Even those forms of art that have lived together for a good 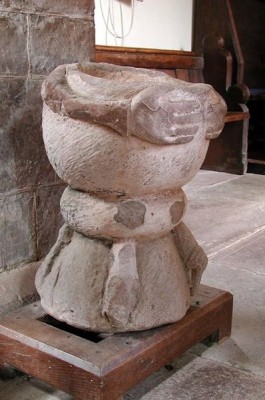 while can continue to deride each other as being inferior.

I think I felt threatened on that afore mentioned day, and I think that is what each of us feels when we are prompted inwardly to question another’s beliefs. If I am moved to consider that my religion, my art, my whatever is not the “right” one, don’t I feel threatened? I think the key to understanding why I feel threatened is in the kind of threat it is; the threat is not one of bodily harm but of extinction. Having one’s very nature expunged and forgotten is a greater fear than physical death I believe.

“I dig to the very core of my reactions and there I find the basis from which I judge all things.”

I ask myself why something as seemingly benign as a form of art would have an effect much in the same way religious belief would. Why does it raise in men such intense indigestion. Art, for the artist, is a most powerful reason for existence. People without the passion for something like art don’t understand people infected with it. I don’t personally liken art to my religion but I’m not far from seeing it as my reason for living, for being here. I believe that the passion I have for art came from God. Having said that, there are certain specific creations that I’ve seen that I, myself, have rendered as falling far short of Art’s glory. I dig to the very core of my reactions and there I find a basis from which I judge all things. How can I not react violently to something I see as possibly catastrophic to my most inner self? If my foundation is removed then isn’t the very meaning of my existence removed also?

“The struggle, if there is one, if you choose one, is about getting it right, because if you get it right the first time, then you’re the winner, tadah!”

Suzanne Southerton
The Painter’s Tongue is a visual arts journal with an emphasis on philosophy and a focus on the artist’s own words, and seeks to bring like-minded individuals together for a meaningful exchange of ideas. It is my "thinking out loud, if you will, my personal search for meaning. TPT welcomes contributors as Guest Authors or through Speaking on Art, an offering of article excerpts from around the World Wide Web. Read more...